By now you know, a new version/build of Windows 10 is known as Feature Update being released roughly every 6 months.

You also already know that you can manage the update feature on Windows 10 with Intune policy.

Well, a new policy capability has been added to Intune to let you define the Windows feature update you want to have installed and stay on, called Windows 10 feature updates. 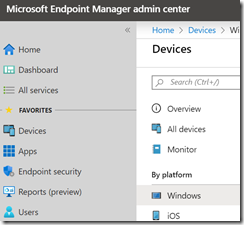 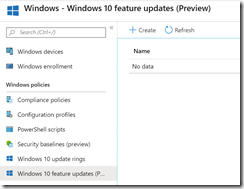